Article about the importance of aquaculture in challenging global food

“Teach a man to fish and he will deplete the seas and rivers, develop techniques to exploit both his and his neighbors’ natural fish populations, leading to international conflicts, social inequalities, the disappearance of species of high ecological value and a progressive increase in poverty. Give him the fish…” (Esteban Álvarez)

Man undoubtedly learned to fish. And how he learned… With a rod, a trammel net, gill net, creels, encircling nets, traps, dredging nets… The techniques used to catch fish are many and very effective, and thanks to them large number of people have found a means of subsistence for thousands of years.

The problem comes when these human populations are increasingly numerous and resources increasingly scarce. It is no longer about perfecting fishing techniques. The solution is not to go to the high seas and capture the last available specimens. It is necessary to find another alternative, one that provides us with food without depleting the ecosystem: a sustainable one.

So, if the objective is to feed a population of about 7,000 million people, the production model obviously cannot be that of the hunter “who goes out to the mountain to see what he finds”. The model has to be closer to that of the farmer, who invests resources now to ensure supplies in the future. That is where aquaculture plays a role.

Esteban Álvarez, responsible for the Aquaculture division of IMPULSO, sums it up in the following way: “In the 21st Century, we are still mere gatherers of what nature offers us. And we are seeing that this is not sustainable.”

According to the United Nations Food and Agriculture Organization (FAO), there are 842 million people in the world today suffering from chronic hunger. Most of these people reside in Africa, in Asia, or in Latin America.

The solution suggested by the FAO report is that these people are capable of generating their own livelihood and, therefore, aquaculture farms, that is, places where fish are grown for human consumption, are the only alternative for producing high nutritional value protein and completing the minimum requirements recommended by the WHO, especially in those countries where the main source of nutrients comes from agricultural crops.

The construction of a large aquaculture facility for farming salmon in Norway, for example, is a project in which the industrial vision prevails. Instead of this, according to Álvarez, IMPULSO is more interested in those projects in which the social component predominates. These are usually smaller projects than those above, but with a much greater scope and potential, since they are intertwined in communities that base their own survival on the success of the plant; their contribution to human and environmental development has a much greater value in the medium and long term. It means acting in the present to wager on the future.

The state of the art

Although the origins of aquaculture seem to date back to 3,800 BC in ancient China, it is a practice that, interestingly enough, has not been developed until relatively recently. Fish farming was always considered a supplementary activity. For example, Álvarez tells us how the Romans, famous for their mastery of hydraulic systems, while building reservoirs and water pipes, threw fish in them that were used to supplement the troops’ diet. In this way they introduced different varieties of cyprinids in the Iberian Peninsula.

But it was not until the beginning of the 20th century that aquaculture began to be viewed from an industrial point of view. Mass farming would arrive in the late 80s and early 90s, when the industry needed to ensure a continuous flow of raw material for its optimal development and strove to stabilize production. Naturally species such as trout, salmon, sea bass, sea bream, or turbot were the first to be farmed, due to their high demand by consumers.

Very recently, in 2003, the aquaculture industry took a new direction, and aimed at expanding the diversity of farmed species. Until then, the biological cycle of barely a few dozen fish was known, and it took a significant investment in research and development to reach the approximately 600 species that can be successfully farmed today.

In this sense, Esteban Álvarez explains how IMPULSO combines all the tasks necessary for an aquaculture farm to function in its service offer. Under the EPC model (Engineering, Procurement and Construction) – also known as “turnkey” – IMPULSO acts as an integral provider; a provider whose work includes the analysis of water uses (in order to determine which area is more suitable for building the farm), obtaining financial aid or certification, the hiring and training of personnel, the viability plan, or the construction of the farm itself. 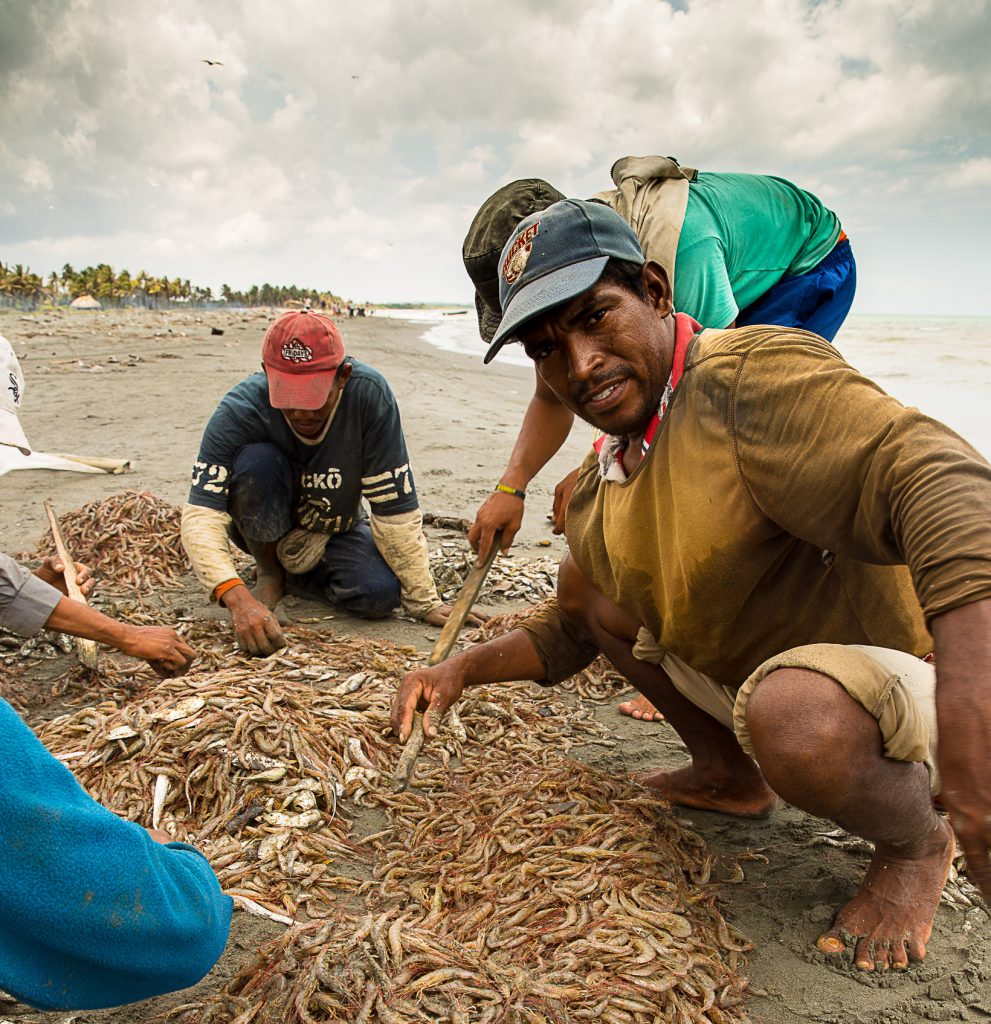 And he cites some examples: “We are completing the construction of a technological innovation park for shrimp farming in Colombia, where we will be able to carry out training and experiences on a real scale for new technologies in shrimp farming. It is a great progress in the medium term in a country that, for various reasons, has had little technological development.”

On the other hand, in the archipelago of San Andres and Providencia there is a Raízal community of traditional fishermen from whom the marine territory has been taken away for political reasons, and we are developing a marine fish farming project so that they can learn to grow the fish that they traditionally fished. We are also involved in other projects of plants for farming sole and tilapia, which is a fish much consumed in Africa.”

But aquaculture, Esteban explains, can not be done at all costs either: “The activity has to be organized. It is not about making food anywhere, in any way and using any resources.”

Water is the most limited resource that mankind has and it has many uses. “Water is life,” he continues. “Often, we find water that comes with pathogens derived from human activity itself, or because the environment is contaminated. To deal with this we have developed a water recirculation system for large tonnage industry, in which the water, once used, is not released into the environment but first passes through mechanical filtration, biological filtration, disinfection, etc. so that it can be used again. It is a way to optimize a resource that is very scarce while greatly increasing productivity.”

This was addressed by Cristina Suárez, Head of Energy of IMPULSO and head of the RAS (Recirculating Aquaculture System) farm built in Ruiloba (Cantabria, Spain) as a pilot project:

“One of the main advantages of the water recirculation system we are developing is that it allows farms of marine species to be set up in places away from the coast. This is very beneficial, because we bring production within reach of inland populations and also we avoid the construction of farms on the coastline, which is often a natural reserve and is therefore protected.”

But this is not the only advantage -says Cristina- of the system being investigated and developed by IMPULSO – together with three universities (Valencia, Cantabria, Zaragoza) and several companies-. “The most important benefits are that the RAS farm significantly reduces energy consumption with respect to open-circuit farms, allows water quality to be improved and fish pathologies to be controlled and, of course, minimizes water consumption and discharges into the ecosystem.”

So, taking everything into account, investing in aquaculture is investing in life. In human life, firstly, as the construction of a sufficient number of farms could end hunger and malnutrition, repeatedly denounced by both governmental and non-governmental institutions of all kinds.

Secondly, aquaculture represents an investment in the life of aquatic species – animals and plants – as the increase in demand for fish and modern trawling techniques are causing the rapid disappearance, or extinction, of both underwater fauna and flora.

And thirdly, aquaculture represents investing in the life of the planet itself, of this “blue planet” that we all share, since caring for water quality, regulating its uses and striving not to mistreat the liquid of which we are made is, more than an investment, a commitment.

“… Give him the fish, and teach him how to farm it sustainably. Only then will you feed his children.”

Link: FAO Report on the State of World Fisheries and Aquaculture 2012