The decade of SMEs 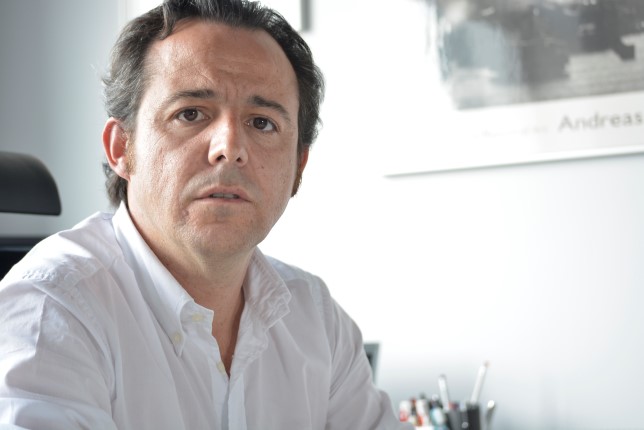 -What is the IMPULSO Business Development Area?

It is the driving force for the internationalization of the company. Our mission is to identify opportunities in foreign markets in which we are present in order to make proposals to public or private entities and ultimately win contracts for Engineering, Architecture and Consulting projects, which is our activity. The Business Development Area is made up of eight very competent and highly trained professionals; we also use information channels that help us identify those opportunities. The offers that we prepare are usually proposals for building, related to urban planning and territorial development, socio-economic development, geology and mining, energy, water and sanitation, etc.

-Could you tell me a little about the origins of this department?

The Business Development Area of IMPULSO was created in 2006. Remember that the economic crisis began in Spain in 2008. Some of the people here expressed concerns regarding the international tender process from multilateral organizations such as the World Bank, the African Development Bank, the Inter-American Development Bank, the European Commission, the United Nations, etc., and we saw clearly that the world was no longer just Asturias and Spain, but that the market was global and the opportunities had to be sought out. Thus, in 2009 we created a Business Development Area with an international vocation. Of course, the results were not immediately seen, but in 2011 we started to obtain international tenders and now we can say that this “international surveillance” has become the main activity in this area. We prepare about 120 offers per year and almost all of them are international, while up to 2006 we had not only prepared fewer offers, but most were regional or national.

That’s right. For example: we entered Peru as a result of having won a tender for the conceptual design of a Technology Park in the Piura region; that happened in 2011. Recently, in 2014, we were awarded the studies and designs and the technical file for the construction of two prisons, two mega-prisons of 80,000 meters each, so the first contract made it possible for us to achieve this one now. And there are many examples in this line.

– What is important in winning a tender?

To have a good technical proposal, a good work team, good references in the area, a competitive economic proposal corresponding to the market at which it is addressed, and knowing the entity calling the tender very well. And then, having the right local partner is very important in order to form the winning consortium. It is increasingly difficult to do things alone and more necessary to go to the proposal with appropriate local partners.

-But of course, each country is a different world…

The political systems, the administrative processes, are completely different between countries. You have to know the country very well and be on the ground, and lean – as I said before – on local partners and advisers.

On the other hand, it is very important to love the countries where we are going, and to try to understand them… It is something my father always tells me (Avelino Suárez, President of IMPULSO): we must read about the countries we are going to, and not only the textbooks that we had to study in school, but books of all kinds, on economics, on history, to know the social context.

– Could you tell me what the next steps in the internationalization of IMPULSO will be?

At this moment, our strategy is to consolidate in those countries where we already have a physical presence, rather than opening new markets. Our trajectory in Africa, for example, is long, like in Angola, where we have been for six years and where we are already quite consolidated and have good references, but in Latin America, where we have been present since 2011, it is only now that we are beginning to see the results.

-But internationalization is still at the center of the company

Of course. Look, our business strategy is based on three fundamental principles: innovation, internationalization and strategic alliance (and note that they also coincide with the initials of Impulso Industrial Alternativo, I.I.A.) Internationalization, therefore, is something that is already part of our DNA, it is not something we have done merely to combat the economic crisis, but we are a company that moves in an international market. Internationalization shapes our identity.

-Which, in addition, seems a necessity for the survival of companies in the 21st century

I believe that there is a lot of quality and a lot of knowledge in Spanish businesses and that our resources and professionals are as good as those of any others. And many times it’s about breaking past those fears to go out into the world, overcoming our traditional complexes. This is the decade of small and medium-sized companies, because the internationalization process was already performed by large companies many years ago; now it is the turn of small and medium companies, it is time to increase the export base of Spanish firms and not the usual, but rather the small and medium companies that are now present in the struggle. There is little to tell large companies now, because they have always exported, they have the resources, the financing, etc. It is us, the small and medium, that should receive a little more help from the public administrations, and also help each other. Look at the exports of Spanish companies last year: 240 billion euros. Of these, half correspond to just 220 companies. That cannot be, we must increase the export base and the Administration should promote policies in that direction so that we, the small and medium companies, can compete on the international market.